Luca Foresta has fronted the band when it was known as Redline. Starting the band in 1992 they quickly landed a weekly gig at a club called “The Rabbit Hole”. During this time Luca honed his harmonica style with influences from such greats as “Big Walter Horton, Sonny Boy Williamson 1&2, Junior Wells, George Smith, Charlie Musselwhite, William Clarke, Rick Estrin, Rod Piazza", and many others. Luca was asked to play a part on “Best of the Central NY Harmonica Blow-off 1996-1998”. After the departure of several band members in 2000, the band changed it's name to the "ElectroKings", and In 2010 to" Luca Foresta and the ElectroKings". His stage presence and musical talent gets the audience movin, and groovin to the ElectroKing sound. Luca really knows how to work the crowds with his smooth vocals and traditional harmonica sounds. 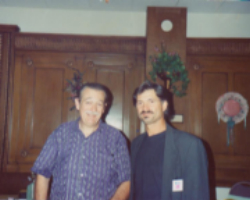 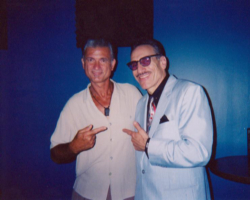 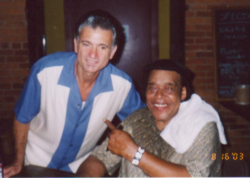 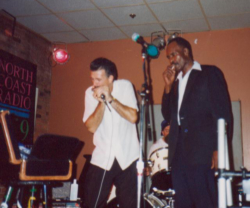